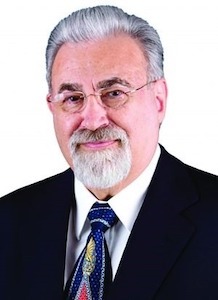 Joshua Shaw was born in Dubbo, New South Wales in 1938. He dedicated his life to the invention of the Elanra medical device distributed by Bionic Air, after witnessing his younger brother Simeon die in agony at the age of five in 1947.

Scientists in another country were seeking knowledge to use in the Cold War. Simeon, who was suffering from early bone cancer, was injected with radioactive plutonium, without informed parental consent, as an experiment to see what happens to the human body whilst still alive. A practice that would be forbidden today – Simeon died nine months after this ‘treatment.’

The country involved eventually provided a formal apology to Joshua and his family that was broadcast on Australian television. This event deeply scarred Joshua, drove him to be the person he became and create the Elanra medical device.

Dr Jacqueline Kerr, a close lifelong friend of Joshua says, “When I first met Joshua at university, I could tell straight away that he had a different energy about him. He was a unique character. Outstanding and interesting, but also a hard man. Joshua was very strong willed, but also deeply kind and caring. If you were his friend, he looked after you- he would give you the shirt off his back. Joshua was gregarious and was incredibly funny. He was an eccentric and exceptional man all round- you’ll never meet another Joshua. He was always true to himself.”

“We never fought or disagreed, he was too clever for that,” says Dr Kerr, “Joshua could provoke people to anger for his own pleasure, and had a loud deep voice to do so. He disliked people who lied, tried to make stupid people look like idiots and could throw temper tantrums when he was upset, or things weren’t done the right way. You had to stand up to him. For me, he was interesting to listen too, and I always learnt something. Joshua knew so much about so many different things- I was in awe of him. Joshua was such a big character in life and when I speak about him, I realise how much I miss him.”

“Joshua liked women,” says Dr Kerr, “Although he could be hard with money, if you were his woman, he would give you the world, and was very generous. Joshua always treated women like ladies and end up having four wives. He liked the best of everything- one time he successfully argued an upgrade on a cruise ship.”

“Joshua liked acting, hosted ambassadors at concerts, supported writers and sponsored international choirs,” says Dr Kerr, “He liked classical music and watching movies- he had his own cinema with old fashioned reels run on an old cinema projector. Joshua also collected specially made Jewish statues and had unique coin and stamp collections- he once rode a motorbike from the east to west coast just to get a special coin.”

Joshua travelled extensively, spoke with other health professionals and professors; learned, tested, and theorised. He undertook eight years of research at La Trobe University in Australia on how biologically active particles could assist with immune system function. Joshua’s revolutionary scientific breakthrough on the use of these active particles to improve health, led him to build the first Elanra medical device.

“People from all different disciplines around the world knew the species I wanted to recreate,” said Joshua, “A species because we knew it was biologically active before we could prove it. A species I made my life’s work and my life’s ambition to bring safely to humanity. I travelled around the world numerous times. I was in many universities, hospitals and research facilities, spending much time with meteorologists, medical doctors, immunologists, cosmologists, physicians, chemistry, physics and particle physics experts; biologists, dermatologists and molecular nanotechnologists, to name but a few. The list just got so long that I stopped counting.”

“Joshua loved his family and adored his brother,” says Dr Kerr, “He told me about what he was trying to create, and I knew he would do it. Joshua was a brave and very determined man who did everything properly, without cutting corners. He was very intelligent and interested in the best results, conducting thorough research. Joshua was always busy with his work, but never lost his optimism and sense of humour in the process.”

“Joshua was wrapped up in creating the Elanra and the science behind it,” says Dr Kerr, “He was devoted to helping people and getting that discovery out. Joshua had a controlling nature and was hands on- fixing the medical devices and frequencies himself- even screwing in hatches so that customers couldn’t change the settings themselves. He had a retentive memory and there was method in his madness. With this control, Joshua could manage the frequency knowledge ascertained live by inhuman results over more than two decades. When Joshua ‘retired’ in 2011, his passion for the Elanra was still there and the company was still his baby.”

Joshua found that the Elanra medical device improved immunoglobulin levels- a vital ingredient for the immune system. The device enabled people to breathe in the small biologically active negatively charged air ion particles, without side effects, to an individual’s specific needs; resulting in lowered infection rates and a reduction in the severity and frequency of colds and flu.

The Elanra medical device helped allergy suffers, people with sleeping and breathing difficulties, and increased energy levels and wellbeing. The device became a one-of-a-kind medical device, which Joshua distributed to the Australian market from the early 1970’s.

Joshua used the Elanra medical device himself to treat a burn wound he acquired from boiling water and steam, which healed within a month. The device is now in over one million homes and clinics.

Joshua spent his last seven years with his chosen protégé, Independent Scientist Debbie Black, passing on his knowledge and trade secrets of the Elanra medical device to provide a solution for the future of global health. Debbie continued Joshua’s legacy with improvements to the technology that opened up new opportunities of assisting their customers in more extensive ways.

The results from Joshua’s early invention

Some of Joshua’s early research findings, showed that negative ions, present in the small biologically active air particles that the Elanra medical device produces, help breathing, improve oxygen absorption and restore the freshness of the air. Fresh air increased physical and mental powers, such as reactions, judgement, and concentration.

Ionised air also reduces stress, which means that the Elanra medical device improved the quality and quantity of performance in the workplace. Inversely, non-ionised air has been reported to cause asthma attacks, and when produced by cars, could cause driver fatigue.

“The award winning Elanra MkII (Geneve Inventors award 2003) enhances health and wellness by replicating nature’s small negative ions of oxygen across variable frequencies- just like those we experience beside a waterfall, by the seaside or after a thunderstorm,” said Joshua, “Only with this Elanra therapeutic device can you harness the vast health benefits associated with breathing in nature’s biologically active small ions of oxygen whilst at home, in the office or on the go.”

In 2009, an independent professional study across 973 customers was conducted by Dr Diana Oldsberg. She collected the experiences of Elanra customers using a 15 page questionnaire. There were equal number of male and female respondents, in both metro and regional areas, with half being aged between 50 and 70.

Dr Oldsberg was amazed at the extraordinary results, which included:

Customers reported that they believed the Elanra medical device boosted their immune system and protected them against the effects of farming sprays, colds and flu viruses. They said it worked on children and animals, at workplaces, and in the car.

Customers reported that the Elanra medical device helped with breathing, snoring and sleep, which in turn helped them with their weight. They said it improved circulation, perhaps by providing clearer air, and that it helped with a large range of sleep and breathing conditions.

An extraordinary man who created a unique medical device, Joshua was undeniably a brilliant man, who will be remembered for his strong character and determination to help those he could with his invention.